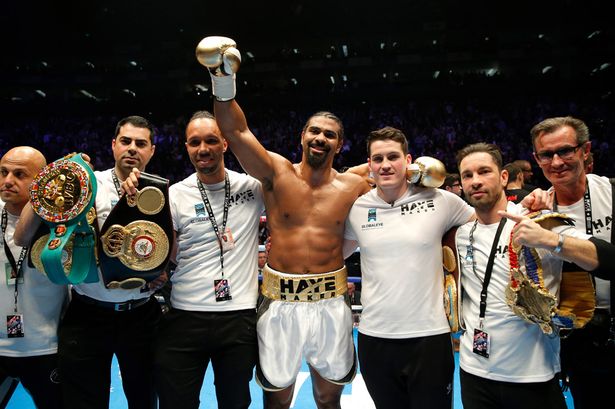 David Haye has announced he is retiring after a fifth round Knockout loss to Tony Bellew last month, the second successive loss to Bellew via knockout.

David Haye 37, released a statement on his official website saying :

“Of course, my ego would have loved to have retired on a win, or as a champion.

“But, deep down, I know my effort on May 5, 2018 was the very best I had left to give. I also know that underwhelming effort revealed the truth about my current abilities in a world-class boxing arena.

“The boxing gods have spoken. They will no longer protect me with the freakish speed and power I used to possess. And without these God-given gifts, I completely lose my edge.”

David Haye has in his 32 professional Career fights, unified the Cruiserweight division and after then moved up to capture a WBA title at Heavyweight against seven-foot-tall Nikolay Valuev in Germany in November 2009.

Haye will retire with 28 wins and 4 Defeats, losing all four in his last five fights and was floored three times en route you a fifth round stoppage loss to Tony Bellew in his Professional fight.