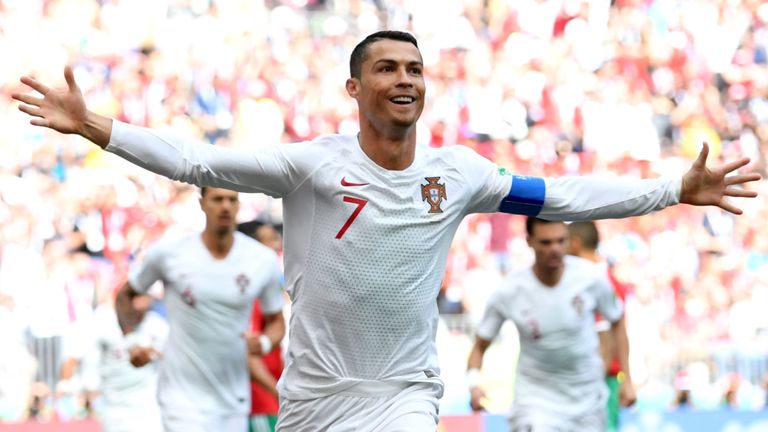 Cesc Fabregas has questioned Cristiano Ronaldo’s contribution to Portugal, comparing his performance to that of Messi with Argentina.

Fabregas argued that Ronaldo scored all four World Cup goals “have come from set-pieces, penalties or mistakes” and said Argentina’s struggles does not depend only on Messi .

He praised Messi for his performance but criticised the Argentine national team for their lack of quality, which has seen them draw Iceland, lost to Croatia and will need a win against Nigeria to qualify for the next stages

“It was a similar story for Messi against Croatia, but it was not all his fault,” Fabregas said. “As I said in my TV analysis after Argentina’s defeat, they look like a broken team.

“So it is has been really difficult for him. He does not have the quality in behind him, when he needs someone who can help him build up the play.”

Fabregas had been with Messi, during his time at Barcelona and had also played against Ronaldo then but now questions the role the Portuguese now plays both for club and country, as he no longer struggles, only taking up the scoring role.

“These days, Cristiano Ronaldo has a very different role for Portugal — he mainly stays up front and you no longer see him running all over the pitch,” he added. “He is one of the big names in Russia who has made a strong start to this World Cup, in terms of goals, with four so far.

“Yes, he is playing well, but if you really look at what he has done, he has scored one penalty, one free kick, one goal from a corner and one with a shot that David De Gea should have saved. You cannot say that he and Portugal have shown great combinations or tiki-taka football to score great goals.

“You have to give him credit, of course, but his goals have come from set-pieces, penalties or mistakes.”