Colby Covington Has Some Words For Joe Rogan At UFC 225 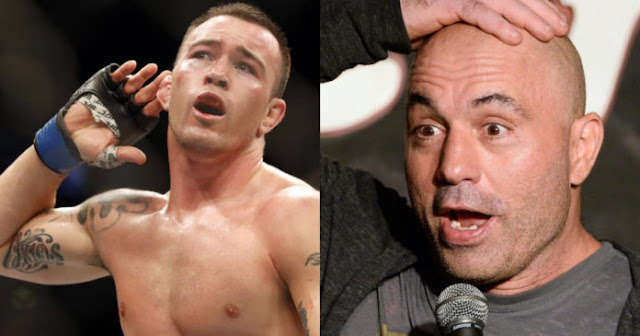 Colby Covington will be facing Rafael dos Anjos for the UFC interim Welterweight title on the UFC 225 Co-main event June 9th but before then he is still making waves with his trash talking and beefs which has since included the entire country of Brazil , and former UFC heavyweight champion Fabricio Werdum, a couple of other Welterweights and UFC Commentator Joe Rogan and his reaction to it still sounds fresh…. Speaking on BJPenn Radio

“His little mouth was trying to run and say things when he shouldn’t have an opinion,” Covington said. “You’ve never been in an Octagon, you don’t have any experience fighting. Just because you do these little Tae Kwan Do tournaments and you can’t even get first place in those, doesn’t mean you can come talk to the King of Chaos, AKA the new welterweight king on June 9th.”

Joe Rogan has since tried to make amends but the Welterweight contender still seem angered, promising to have words with him when they meet up at UFC 225 event.

“It will be squashed when he stops running his little mouth like his opinion matters,” Covington said about the Rogan feud. “His opinion is irrelevant. He thinks he has a say in everything and he’s a biased announcer as it is.

“If it’s a Jon Jones fight, his balls are so far in his mouth that he’s just going to be saying anything Jon does, ‘Oh, my God! He’s the greatest of all time!’ — this and that. I don’t think the beef’s squashed. I got something to say to him and I’m going to say something when I see him face to face in Chicago.”