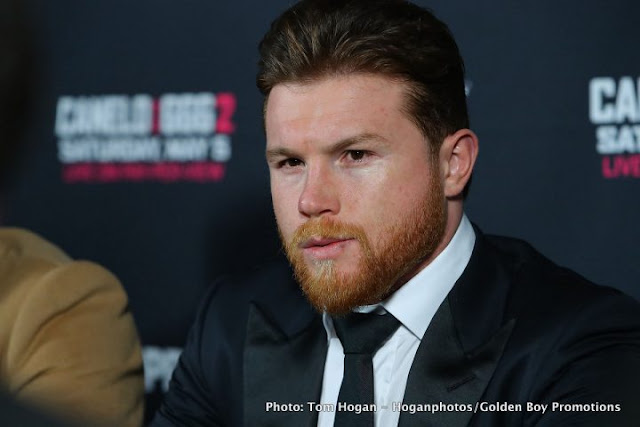 Canelo Alvarez has been stripped of his Ring Magazine Middleweight title and has been removed from their rankings totally, two months after Saul Canelo Alvarez was given a 6-month suspension by the Nevada State Athletic Comission for testing positive for the banned substance clenbuterol.

The Ring Magazine gave no valid explanation for their decision to strip him of the title and Gennady (GGG)  Golovkin, who is No. 1 on the rankings is the next in line to capture it.

The Ring 160lb ratings are as follows:
Champion – Vacant

The Ring 160 Pound title will now be up for grabs, if GGG and Daniel Jacobs face off in the ring, which will not be forth coming, as both had already fought last year .

Canelo Alvarez captured the 160 pound title with the WBC version last year after defeating the then WBC and Ring middleweight champion Miguel Cotto by a 12 round unanimous decision. Defending it ones against Amir Khan at 155 catchweight before vacating the WBC Title.

Canelo Alvarez didn’t defend his title for over two years after winning the title  moving down to to 154 and beat WBO junior middleweight champion Liam Smith by a 9th round knockout to win his WBO title. Next, Canelo moved up to super middleweight and defeated Julio Cesar Chavez Jr. by a 12 round unanimous decision in a catchweight fight at 164.5 pounds in May of 2017.