British Board of Control Refereeing Options Has Been A Disgrace 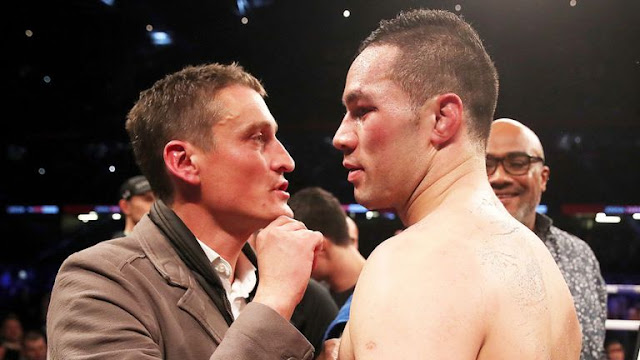 Joseph Parker will be facing Dillian Whyte as a way back into the title mix and his promoter David Higgins has raised concerns about officials for the Dillian Whyte fight.

The Parker team had complained that the referee for the the Joshua – Parker fight didn’t allow the New Zealanders to fight to his full potential, due to constant interference.

“We New Zealanders are very fair-minded people. We believe in a level playing field,” Higgins told Sky Sports . “It’s in our culture, we expect the same wherever we go.

“The British Board of Control is probably one of the most respected boxing commissions in the world.

“Twice we have come to the UK and twice the officiating has involved a level of disgrace.

“There is probably a handful of referees in the world, maybe half a dozen, four or six that are considered the best in the world. Everyone knows who they are, so why for a heavyweight unification [did] they choose an obscure Italian, who has mostly officiated lighter weights?

“It was appalling. He didn’t let the boxers engage and fight properly.

“They are on notice. We would like to see the British Boxing Board of Control and the officials selected be competent, experienced, well-known professionals. Ideally neutral with a good track record. We hope that’s not too much to ask.”