Skip to content
HomeBoxingBare Knuckle FC Results : The Beginning Was Some Bloody Debut

Bare Knuckle FC Results : The Beginning Was Some Bloody Debut 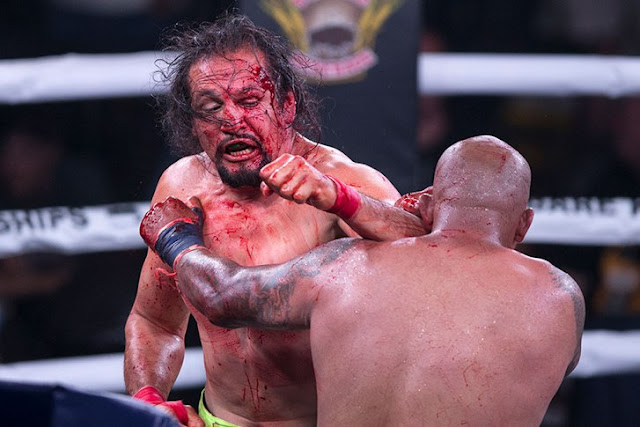 The Bare Knuckle Fighting Championship promotion billed this event as “the beginning,” with a 10-bout card on pay-per-view, having a set of rules that seemed caught between multiple eras and sports.

The Rules went on with,  No kicks, elbows, or knee strikes were allowed, much like in boxing. But a high degree of clinch fighting was tolerated, much like in MMA. Fighters began each round by “toeing the line” in the center of the circular ring, not unlike old-time bare-knuckle bouts under London Prize Ring Rules.

Rounds lasted only two minutes, ostensibly to encourage a faster pace and no gloves of any kind, just a hand wrap that stops an inch or so below the knuckles.

Former UFC heavyweight champion
Ricco Rodriguez defeated Lewis Rumsey by unanimous decision (50-45, 50-45, 48-47) in the main event, which was a heavyweight tournament quarterfinal bout. Rodriguez pushed forward the entire fight and did some damage, but Rumsey spent most of the five rounds evading.

The two MMA Veterans did a back-and-forth bloodbath of a fight, Beltran bested Lopez by unanimous decision (49-45, 49-45, 49-46) in a heavyweight tournament alternate bout. Beltran opened up a nasty cut on Lopez’s head early on, but Lopez rallied in the late rounds with huge shots. The reaction on social media was that Beltran vs. Lopez seemed like the bare-knuckle equivalent of Forrest Griffin Vs. Stephan Bonnar — a war that helps elevate the medium.

🌍 Bec Rawlings def. Alma Garcia via TKO at 2:00 of R2
Recap :Rawlings defeated boxer Alma Garcia by TKO via doctor stoppage (cuts) following the second round in the co-main event of the night.

After a slow start, The former UFC women’s strawweight fighter put forth an excellent performance,  lumped Garcia up late in the first round and even dropped her near the end of the two minutes. The Australian scrapper continued the onslaught in the second round and the doctors called the fight with Garcia on the stool. The key to Rawlings’ game was a rule in bare knuckle that allows you to hold a single collar-tie and continue punching with the other hand. 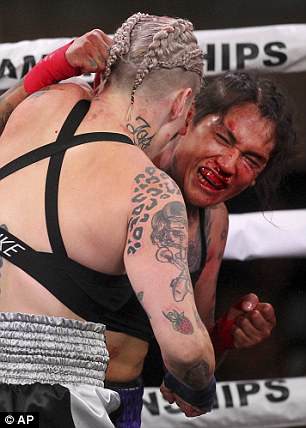 “I’m the queen of bare-knuckle boxing,” Rawlings said afterward.
“It’s great to be able to just let my hands go and showcase my boxing skills,I feel like I outboxed a boxer today.”

Sam Shewmaker, a 3-0 pro boxer, stopped Bellator veteran Eric Prindle with a one-punch knockout at just 18 seconds of the first round in one of the highlights of the card.

Bobby Gunn, called the linear bare knuckle heavyweight champion, beat boxing veteran Irineu Beato Costa Jr. by knockout at 41 seconds of the first round. Gunn appeared to land shots to the body in consecutive exchanges, dropping Beato Costa twice. But the way Beato Costa fell both times had those watching from home questioning the validity of the fight on social media.

UFC vet Johnny Bedford styled on
Nick Mamalis for the better part of two rounds before referee Dan Miragliotta stepped in at 1:41 of the second. Bedford has gone 4-2 in MMA since being released by the UFC, but has dropped two straight in the cage. 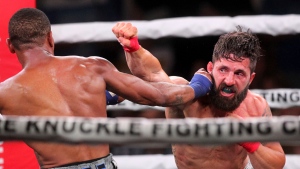 Arnold Adams beat MMA veteran DJ Linderman by TKO due to doctor stoppage (cuts) at the end of the second round. 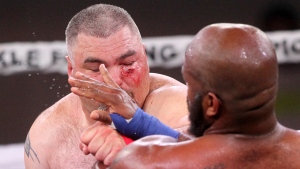