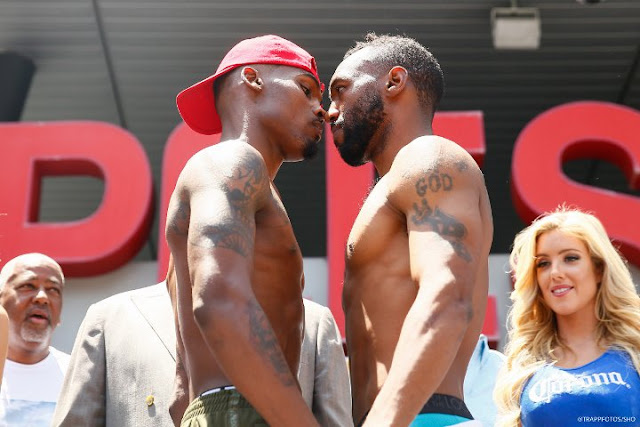 Jermall Charlo is regarded as one of the best in the division and Trout believes this at will be bigger than the biggest wins in his career, which came against Miguel cotton back in 2012.

Austin Trout will be going in against JermalJ Charlo for the WBC junior middleweight Title at the Staples Center in Los Angeles on the 9th, California, which will be televised live on Showtime.

“I’m very excited to be here and have another once in a lifetime opportunity. I believe this is destiny. I’m coming into the lion’s den and I’m going to come out unscathed,” Trout said.

“As great as my win against Miguel Cotto was, I don’t think it compares to this fight here. People complained about Cotto being old after I beat him, but with Jermell, there’s no excuse you can make up. He’s an undefeated world champion, so if I get the win, this is definitely bigger than Cotto. I don’t think Charlo is overlooking me because I bet his brother told him not to sleep on Trout. Everyone’s going to see what I’ve been saying on Saturday night.

“My training camp with Barry Hunter was fantastic. We got all the work in that I needed and Barry is someone who always pushes me to be better than I believe I’m capable of. I learned from my mistakes when I fought the bigger brother. I’m going to be even better on Saturday and it’s going to be a totally different result.

“For everyone sleeping on me, you better wake up. It’s going to be an awakening on Saturday night.”