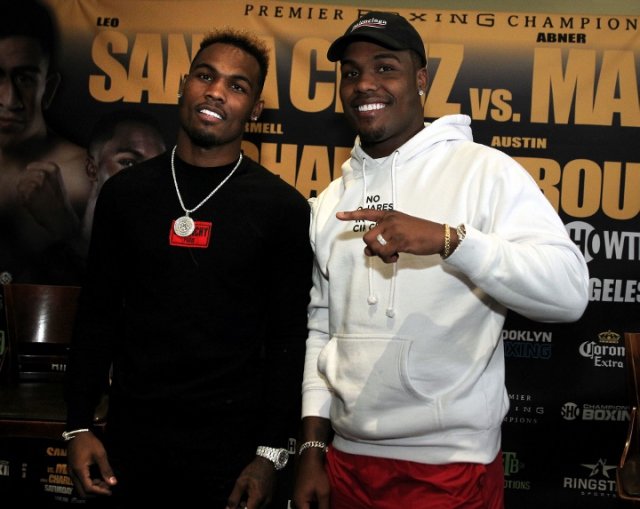 Austin Trout (31-4, 17 KOs) will be facing his second Charlo challenge in Jermell Charlo (30-0, 15 KOs) on the 9th of June and should after the fight be able to compare between them, who’s Boxing is better.

He lost to Jermall Charlo via unanimous decision two years ago and now believes through observation that,  Jermell Charlo is a better boxer than the brother, as he is a more diverse, faster fighter than his brother.

“I mean, yeah, there’s some similarities, but nah, they’re two different people,” Trout said during a recent conference call. “For one, Mall, he’s a middleweight. But they both have good jabs, they both have strong right hands. I think Mell has the better skill set. You know, he’s a bit faster. The thing about Mell is I see he takes different approaches to different fights, whereas Mall, he kind of comes about each fight the same way.”

“I can’t tell you, man,” said Trout, a former WBA super welterweight champion from Las Cruces, New Mexico. “They’re both undefeated. I’ll tell you June 9th. You know, after I fight both of them, I can tell you who’s the better fighter. But I’m looking more so as to be a better Austin, you know, be the best Austin Trout I can be in order to take on the best Jermell Charlo.

“We’re not fighting Jermall Charlo. You know, he’s got his own things that he’s dealing with. You know, I just read he’s possibly gonna get the Triple-G fight. So, you know, that’s not something that I’m concerning myself with. I’ve just gotta be the best me in order to deal with the best Mell.”