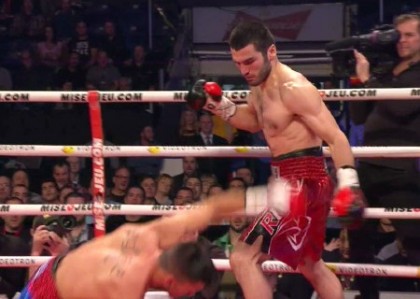 IBF light heavyweight champion Artur Beterbiev will be defending his title against No.8 IBF Callum ‘The One’ Johnson, who is the mandatory challenger of his IBF strap on October 6.

The two time Olympian, will be making his first defense his IBF strap that he won last November in stopping Enrico Koelling in the 12th round.

The IBF went down, as low as 8th in the rankings to pick out a challenger, as high ranking fighters seem less interested.

“I’m in the game to be in the biggest and best fights possible,” Callum Johnson said to skysports.com. “I’ve dreamt of winning a world title since I was a kid so I’m not going to turn down this chance because he [Beterbiev] is this apparent beast. I believe I am a beast as well and can beat him.

”I don’t fear any man so all the talk of how big and strong he is, his power, it’s all very well and good, but at the end of the day, he’s human. I don’t fear him,”

In his last outing, Johnson recently defeated British light heavyweight champion Frank Buglioni by a 1st round knockout last March in a total blowout at the O2 Arena in London, England.