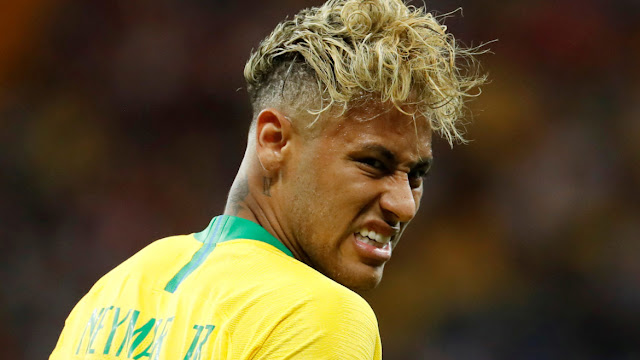 Arsene Wenger  who just resigned from the managerial position at Arsenal has given his assessment of the Brazilian captain after he failed to help his team win their opening game at the World Cup.

The Frenchman now joins other famous coaches to say Neymar is undisciplined and does not really fit into the shoes of a captain.

“You don’t have natural captains anymore in the younger generation, I don’t know why,” Wenger told beIN SPORTS .
“Maybe because every player is now a star. For example, Neymar is the superstar. This guy has 170 million followers. Even if I am captain of Neymar, he’ll do what he wants.
“Miranda and Thiago Silva are both over 30. Marquinhos is individually better, but he has less experience.
“When the pressure is on, that is very important. Thiago Silva is good on the ball, Miranda is a bit more basic, but he is the better defender.”

Neymar was fouled a whooping 10 times in the draw and Arsene Wenger believes the Brazilian would have done better than going in to look for fouls.

“It’s not up to me, there are three professionals working there.
“I have to play football, I do not have to worry about it.
“They have to do their job, and if they did not do it right, their problem.”