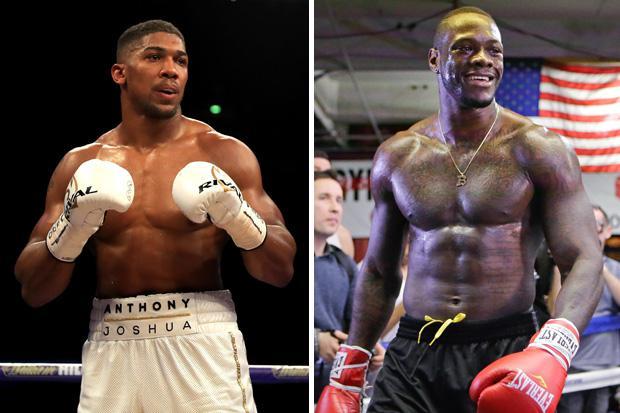 Deontay Wilder has been very displeased with Anthony Joshua team due to negotiations for their Mega unification fight and has voiced his displeasure via social media but Eddie Hearn, who owns Match Room  Boxing has assured the fans that the “fight is still Live”

The fight has been in talks since both fighters came out victors in their fights back in match but things couldn’t be concluded before the WBA, who had given the Anthony Joshua team an extra month for negotiations ordered Aj To face their mandatory Alexander Povetkin.

“Anthony Joshua has got four world championship belts. Deontay Wilder has got one. We’re going to make him a new belt, it’s called the Instagram world champion. Now we get to see the truth” Hearn said .

“They seem so devastated about not getting the Anthony Joshua fight and that we definitely don’t want the fight.

“The contract is still live, it’s still valid, it’s sitting on your manager’s desk. Apparently you only had two minor comments that you couldn’t even send us, so send them now, or sign the contract and we will sign the contract before your ink is dry.

“So stop fooling the fans, and ask the fans and the media to put pressure on Deontay Wilder, because if you really want this fight, it’s still there, sign it.

Alexander Povetkin has lost only a fight in his pro career, which is against Wladimir Klitschko via a decision and he will be coming into the fight on the back of a destructive win over David Price in March.

“We want to beat Povetkin, we want it to be the undisputed fight, but this is a tough fight against Alexander Povetkin, but I believe Joshua beats every heavyweight,” said Hearn.

“I can’t wait until the day he gets in the ring with Deontay Wilder and nor can he. But one side in my opinion is real, and one is not. If you want to prove you’re real, sign the contract.

“Really frustrating, but Joshua has got to do what he always does, just handle business, and this Povetkin fight is a tough fight.

“He’s only lost once to [Wladimir] Klitschko on points and Klitschko hit him with everything, couldn’t budge him. He’s got an Olympic gold medal, he’s got great pedigree, he’s got power, he’s got speed, he’s technically good. This is a dangerous, dangerous fight.”