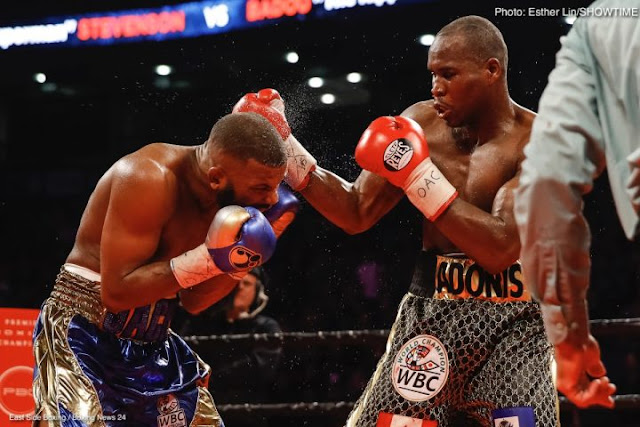 WBC light heavyweight champion Adonis ‘Superman’ Stevenson (29-1, 24 KOs) has been ordered by the WBC to defend his title against No. 1 contender Oleksandr Gvozdyk (15-0, 12 KOs).
The WBC had initially ordered a rematch with Badou Jack, after both battled to a split draw but it seems they will preferably make him take his first mandatory fight, since winning the title back in 2013, before facing Badou Jack again.
Gvozdyk is the interim WBC 175lb champion and Stevenson has defended the title 9 times without facing his mandatory. This might prompt the WBC to add pressure on Stevenson, who might drag his feet or offer Gvozdyk a step aside fee.
The purse bid for the fight is set for July 2nd and some assurance from Top Rank Boss president Carl Moretti shows how serious they are concerning the fight.
“We’d like the fight to happen sooner rather than later,” Top Rank president Carl Moretti said to ESPN.com. “Whatever happens at the purse bid, if we don’t make a deal, will dictate when and where the fight happens.”