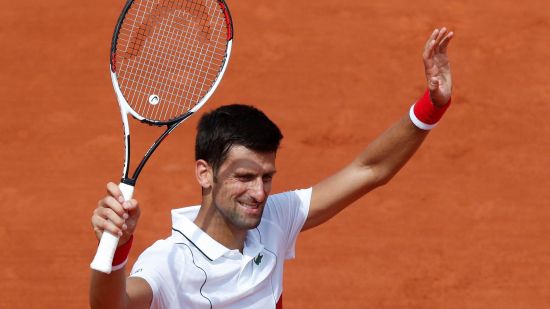 The 2016 Roland Garros Champion took the third set tie-break after Bautista Agut levelled the match up and in the rain stormed through the fourth set as his opponent wavered to ensure the victory.

He is now in the last 16 for the 43rd time and his next opponent will be Spanish left-hander Fernando Verdasco  who had earlier caused an upset against fourth seed Grigor Dimitrov.

“It was a magnificent four hours of tennis, I’m very tired but delighted to come through,” 2016 champion Djokovic said on court in accomplished French. “He plays with so much consistency you have to have patience.”

“I think for a set and a half and the fourth set, I have played pretty well. The fourth set was the best performance I have had in the tournament,”

“You go through a rainbow of emotions. Every possible level of the colour of the rainbow, you go through it,” he said.

“That’s when you have to deal with this kind of emotions and understand how you can get better, how you balance everything that is happening inside so you can come out the next challenge and learn from it and be