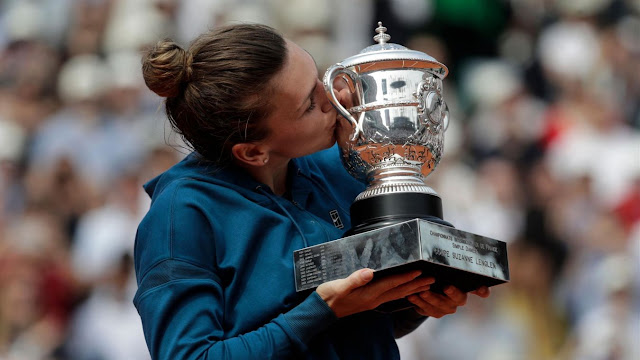 She lost her last three Grand Slam Finals before this , including one last year against Jelena Ostapenko. She had to overcome those demons  though looking nervous earlier, which had her lose the first set to win the 2018 Roland Garros.

Sloane Stevens was aggressive and impressive breaking the fourth set and serving served out for the set in the ninth game, showing some impressive defence against an increasingly aggressive Halep.

Stevens impressive show ended, when she tired in the fourth and Halep took up from there, broke back and then backed that up with a hold to love.

More Highlights From The Roland Garros