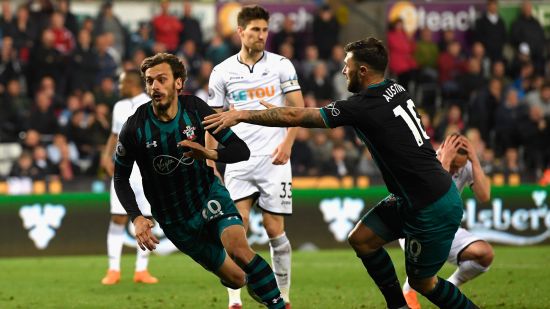 Man Of The Match : Cedric Soares

Swansea have failed to score in eight different Premier League home games this season, more than any other side.

Seven of Southampton’s last 11 away Premier League victories have been against sides starting the day in the relegation zone.
Only Stoke (13) are on a longer winless run in the Premier League than Swansea (8 – D3 L5).

Swansea have failed to score in eight of their 12 Premier League clashes with Southampton, scoring just five goals in total in those matches.

Manolo Gabbiadini has netted two goals in his last four away league games for Southampton after failing to find the back of the net in the previous 12.

Gabbiadini’s goal was just his fifth in his last 41 games for Southampton in all competitions, one fewer than he managed in his first four games for Saints.