Skip to content
HomeBoxingWanheng Menayothin, The Man Who Has Matched Floyd Mayweather 50-0 Record

Wanheng Menayothin, The Man Who Has Matched Floyd Mayweather 50-0 Record 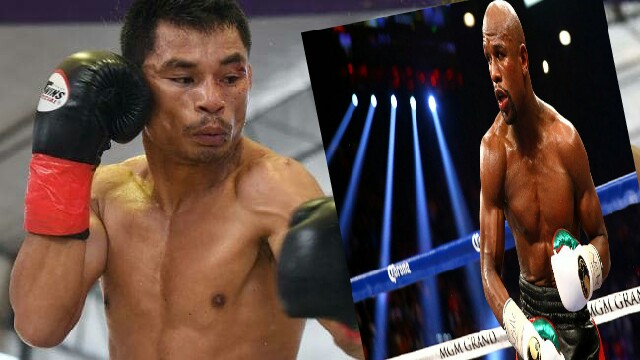 However, it might have gone unnoticed by you that the record is now shared with a person less prominent and one fighting in a much lower weight class than Floyd, earning peanuts , as compared to that of Floyd Mayweather last payday against Conor McGregor.

Wanheng Menayothin (50-0, 18 KOs), presently the WBC minimum weight champion registered a fifth round knockout of mandatory challenger Leroy Estrada (16-3, 6 KOs), knocking him down five times before finishing him off.

Estrada was coming from a four fight winning streak to face The Thai champion  after defeating former world champion Saul Juarez from last May.

World Boxing Council President Mauricio Sulaiman flew out to the contest to watch it from ringside,