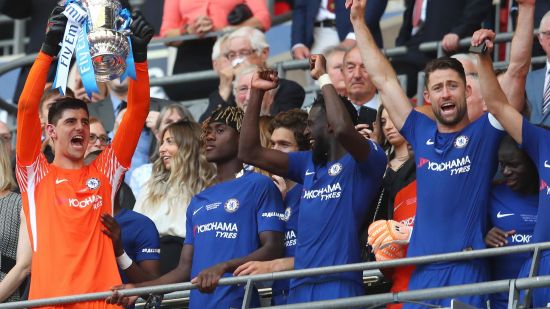 Chelsea Number One Thibaut Courtois is very very uncertain of his future at Stanford Bridge and has no idea if his boss AnyAnto Conte will also remain at the club next season.

“whatever he or the club decides, they will know what they do,” the goalkeeper said – nor does he know where he will spend the 2018-19 campaign. 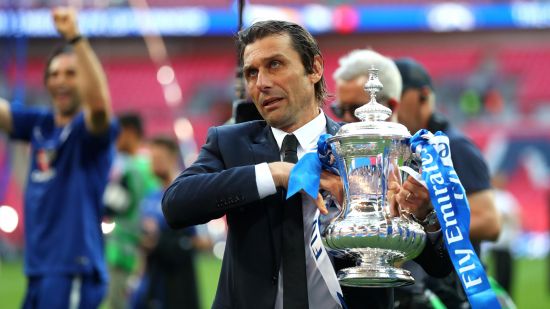 ” Yeah, I think so. I think especially if you see how City and United are spending and working. I think if we want to aim for the top, we should do the same, obviously within the limits of what’s possible as well. I think that the transfer market has gone pretty crazy. Nowadays you pay £80million for a defender I think – that’s crazy figures. We’ll see what’s going on and I am sure the board will do what needs to be done.”

Despite losing out on UEFA Champions League competition next season, the Belgian believes the season has been satisfactory because his side had been able to win a trophy.

“Well, satisfaction because we won a trophy,” he added, reflecting on the season as a whole.

” I think that’s what football is about, winning titles, and today is one and the FA Cup is a big trophy to win. I am very happy about that but obviously missing out on the Champions League is not what we hoped for, but we have to keep working next year and have a good season again and add some more trophies. After a season with ups and down, I think this feels really good. It is a good way to finish this year.”