Terence Crawford – My LayOff Gave Me Time To Heal 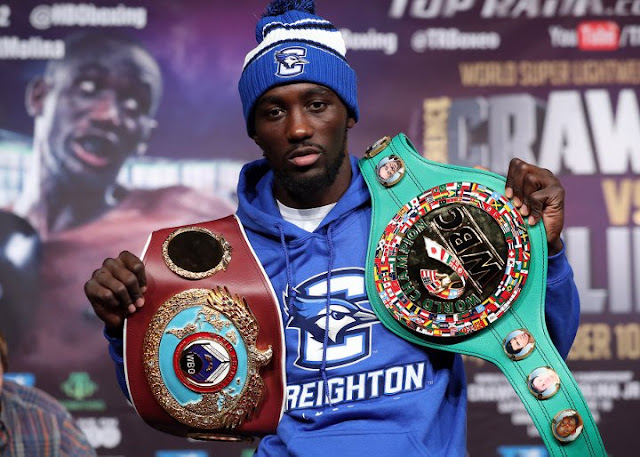 Terence Crawford will step into the ring on June 9th against Jeff Horn, having spent over ten months out,  since he fought Julius Indongo to unify the 140 before moving up to 147, which he believes has given him to heal.

The former two division champion will be hoping to become a three-weight world champion, when he faces Jeff Horn for the WBO championship and his layoff before this fight will be the longest layoff in his professional career.

“It gives your body time to heal,” Crawford told BoxingScene. “Some people tend to keep fighting and fighting and fighting, pushing their body to the limit. And then, the next thing you know, your body breaks down and you start having a lot of injuries and a lot of aches and pains. So I’ve just taken it as maybe my body needed that rest because I have been going hard and have been fighting very often and frequently.”

“Being active, of course it keeps you sharp, being that you’re in the ring more often, But I feel that I’ve got the ability and the skill and the mindset to adjust to not being in the ring for such a long time and I’ll make the best of it.”