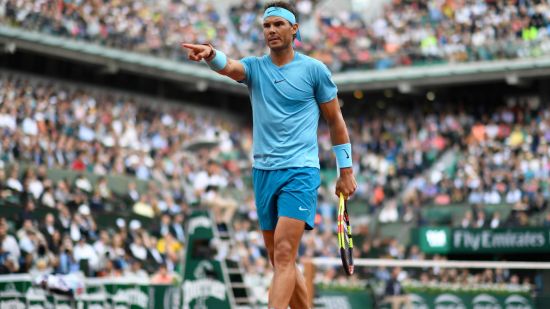 Rafael Nadal showed superiority and abovv all experience in his two set Demolition of Guido Pella to reach the third round of the French open.

He needed just  two hours and three minutes ,dropping only four games and scored a 6-2, 6-1, 6-1 to reach the third round, a feet he has achieved 14 years in a row now.

He will be hoping to win his eleventh French Open title after earning his La Decima last year.

Watch The Nadal Dominated Match With Pella Below