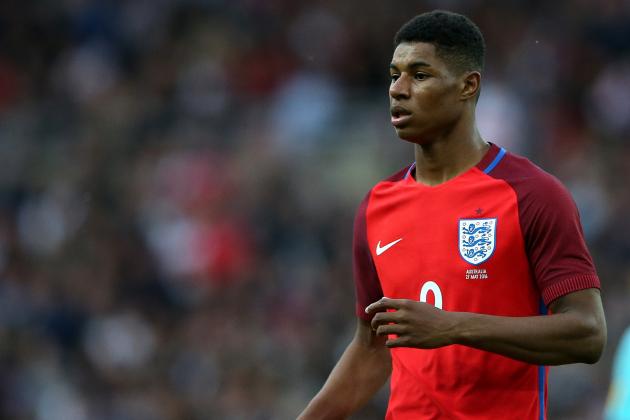 Ashley Young has backed his Manchester United teammate Marcus Rashford to excellent at the 2018 FIFA World Cup and believes the youngster is ready to make an international impact.

Rashford became the youngest player to debut for England’s squad for Euro 2016 with 18 years and 229 days when he made a substitute appearance in the 2-1 win over Wales.

“I think he (Rashford) will cope really well, he has his feet firmly on the ground and he wants to learn every day,” Young said.
“He’s one of them that the manager has to tell him ‘come inside’ because he wants to stay out and play non-stop.

“I’ve said it since I saw him in the youth team, he has a massive future ahead of him. He’s a fantastic player and if he keeps on going the way he is he can set the world alight.

“The World Cup can be a stage for him to show everyone just how far he has come since he made his debut.
“If you look at the goals Rashford scored on how many different debuts – that just shows in itself that he steps up for the big games.
“He can produce. He’s been fantastic for us at Manchester United and he will definitely be a major player for us at the World Cup.”

“We are here to talk about England, it’s not about Manchester United. I’ve always said Marcus is a fantastic player and of course every player wants to play week in, week out.
“Whether you are his age or you are my age we want to play, but competition for places is like that at the best teams and here as well at England.

“Everybody is here on merit and their ability. They have to show that. It is a tough job for the manager to pick the team and I’m glad I’m not in that position.

“The training so far has been at a high level and everyone is looking sharp. It’s not just a team game of 11 players, it’s a squad game. We have to be ready for when the call comes.”

England with face Nigeria in a friendly before facing Costa Rica ahead of the World Cup.