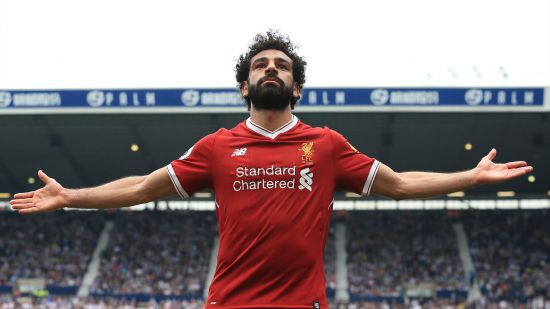 Liverpool and Egyptian forward Mohamed Salah became the first african to be named the FWA Footballer of the Year beating the Manchester City Kevin De Bruyne with llss than 20 votes in a ballot of more than 400 FWA members , while Tottenham Hotspur striker Harry Kane came third.

Salah has been superb all season with 31 goals in 34 games, which plaxes in on course to win the Premier League golden boot,  after been awarded the PFA Footballer Of The Year last week.

“You judge a victory against the opposition and in particular from Kevin De Bruyne this season, it has been as good as it gets. Said FWA Chairman Patrick Barclay to Sky Sports

“He [De Bruyne] could easily have won it. It was a very close vote.
“[Salah] has been relentless because you expect a player of his quality to have spells and then quiet spells.

“Whenever you think he can’t do anymore he scores two world class goals against Roma. He has just been phenomenal.
“He makes time stand still – he has that quality which only the Lionel Messi’s, the greatest players have.

“He has become world class in a year, along with the year he had at Roma. He has shot up to such a high standard.
“There have been comparisons with Lionel Messi after his recent performances and they are not exaggerated.”