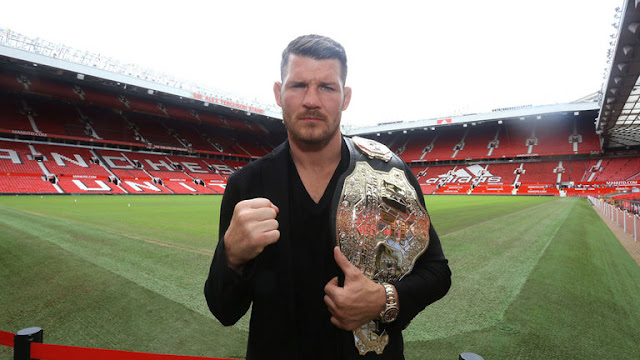 Micheal Bisping has chosen the retirement rout, announcing it through his “Believe You Me ” podcast.

In the podcast, Bisping highlighted issues with his sight as the reasons for his decision to hang his gloves instead of his previous decision to take one last fight.

“I was watching this movie last night and I just thought, it ain’t worth it,” Bisping said. “It ain’t worth it. I mean, what else am I going to do? I’ve won the belt, I’ve had tons of wins, I’ve done everything that I set out to achieve. What’s the point in flogging a dead horse? Not that I’m a dead horse, but what’s the point? I’ve done everything that I set out to achieve, and fortunately now I’ve used my platform to open other doors. You know, you’ve got to know when to walk away. I’m almost 40 years old, the time is now. So, I want to say, first of all, thank you to my wife. Without her, it wouldn’t have happened. That’s a fact. She was incredible every single step of the way. My children. My dad. My dad was amazing. And of course everyone in the U.K. and around the world that supported me.
“So, yeah, there you go. Great career. That’s that. Thank you everybody.”

Bisping’s manager Audie Attar also released a statement  confirming the UFC veteran’s retirement and also thanking him for the honors of workiworwith him through the years.

“Congrats to Michael on a Hall of Fame career,” Bisping’s manager Audie Attar said in a statement provided to MMAFighting.com. “The Ultimate Fighter winner, two-time Ultimate fighter coach, winningest fighter in UFC history and first British UFC Champion in history. I’ve been honored to work with Michael towards the championship years and have watched him fight through trials and tribulations as he was a perennial title contender, ultimately reaching the sport’s greatest achievement by winning a UFC Championship.

“Through all that he has achieved, the one thing I’m most proud of is how hard he fought for his family’s future, risking his life on the line each time he stepped into the octagon. I am proud to call Michael a client, but more importantly a dear friend. Now it’s time for Michael to achieve greatness in the next phase of his professional career, and the future looks bright, Mr. Bisping. Thank you for all that you’ve done for our sport.”