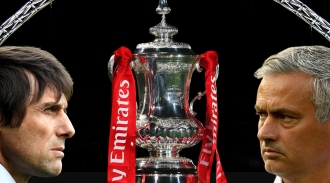 Manchester United are looking forward to ending season with a silverware but face a tough test in Chelsea, who will also love to win the FA Cup trophy for the same reason.

United Midfielder Scott McTominay, believes that Manchester United have an added motivation in that, they will be winning the trophy for the recovering Sir Alex Ferguson.

“It’s so important after a long season. It hasn’t quite gone to plan in the league and other cup competitions but we want to go for the FA Cup and win silverware,” the midfielder told MUTV.

“That’s what Manchester United is built around and we really want to do it for Sir Alex Ferguson as well, as he’s obviously not so well at this moment in time. It’s so important to bring home the silverware for him.”

The 21 year old will be expecting a tough game against Chelsea in the final having had mixed results against the Blues the Premier League this season.

“We’ve had mixed results against Chelsea this season – away from home was not so good but then obviously at home, we played really well after [conceding] the first goal,”

Scott added. “I feel that we need to take the game by the scruff of the neck and go for it and go for the trophy as much as we can.

“We’ve got a tremendous team spirit within the group and obviously we’ve come from behind against numerous teams this season. If your team has that spirit and togetherness, then anything is possible really.”