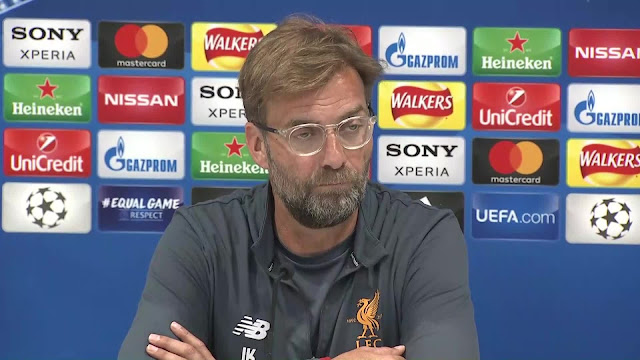 Liverpool Boss Jurgen Klopp has admitted, his side will be facing a great and a very experienced team when they meet for the UEFA Champions League Trophy in Kiev but believes that experience does not always count.

Real Madrid will be hoping to lift the champions League trophy for the third time in a row and though Liverpool have not been able to lift a major trophy since 2012, Klopp believes, they will not be overmatched by the Spanish Giants.

“They are more experienced, that is a fact,” said Klopp. “If there was a market for experience that should sell it, because they would be even more rich than they are already.

“Experience is very important in life, but not the only important thing in life. Especially in football.

“It is an advantage to be more experienced but you can level it with desire, with readiness, with attitude, with work-rate. You can level it. That is what I love in football.”

The Liverpool Boss has taken his side to the finals twice in the past , which they failed to win but Klopp feels, his side have learnt from their mistakes, leaving them better prepared for this one.

“That is good as well. We haven’t been as long together as Real Madrid because they not only won the last two, they played these finals with pretty much the same team, which is special.

“As a group they are very strong. That is all fact but it is still football and we have a chance.”