Skip to content
HomeBoxingLinares – I Never Quitted Against Lomachenko, I Expect A Rematch

Linares – I Never Quitted Against Lomachenko, I Expect A Rematch 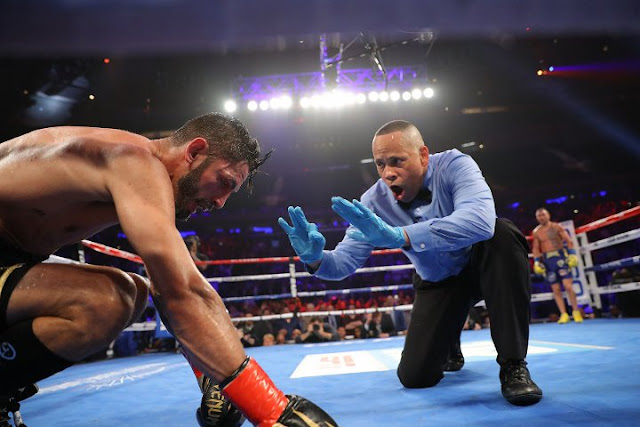 Linares said he never quitted in that fight and is ready to work his way back into a title shot, cherishing an opportunity to face Lomachenko again .

“I got up to continue working and doing my best because there were two rounds left, but unfortunately the referee… he stopped the fight, but I would like [Lomachenko] to give me a rematch at some point,” Linares said to ESPN Deportes.

“The truth is that I did well. I did not get the victory, but I came away happy. I got up, that was the important thing, and I never quit. I am still a warrior, giving the best of myself and there is still a lot to prove. Jorge Linares will be around for a while.

“The constructive criticism I received from the fight is that I didn’t work downstairs, but how do I work downstairs when the referee was going to take a point and I never really hit him low, but hey, these are the things that happen in the boxing world. I knew from the beginning of the fight that he’s a normal human being and he can go down, and in the sixth round he went down – and it was from a hard shots. I hit him with a short right as he came in, and he went down. We are all human. I realized that he is a boxer who can be beaten.”