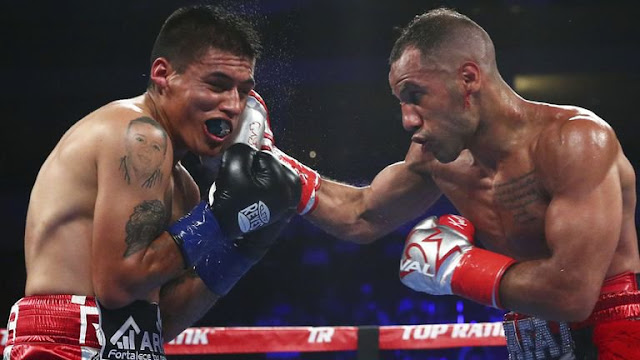 Kal Yafai made an easy work of the OVerweight David Carmona knocking
him down four times in the first five rounds before his opponents corner got tired of the seemingly competitive affair.

England’s Kal Yafai remained undefeated (24-0, 15 KOs) wouldn’t have lost his belt if Carmona had upsetted the odds and defeated him because rhe Mexican failed to make weight coming in 3½ pounds over the division’s 115-pound limit at the weigh-in Friday, leaving the bout a non title fight.

“It was brilliant for the fans at home,” Yafai said following his victory. “I’m sure they enjoyed it. Quite a way to start in the U.S. debut. You know, putting on a show like that, being hurt in the first round, getting buzzed, re-adjusting, coming back and breaking a very, very tough Mexican apart.” 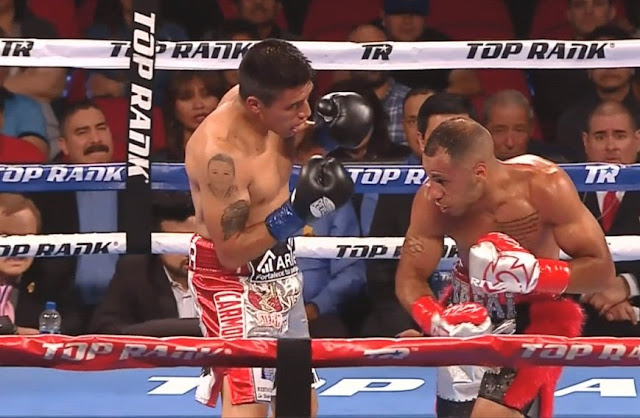 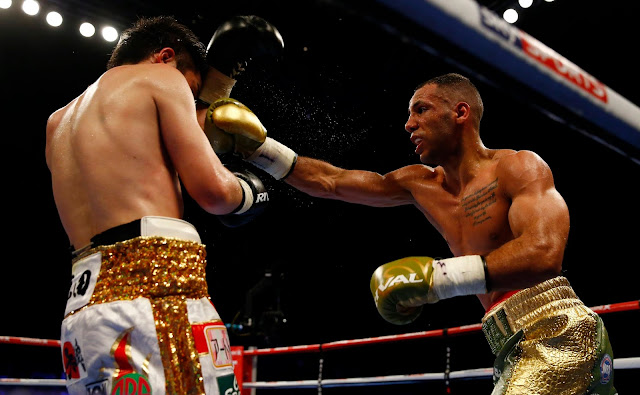