Jose Mourinho Assigning No Assistant Till Michael Carrick Is Ready 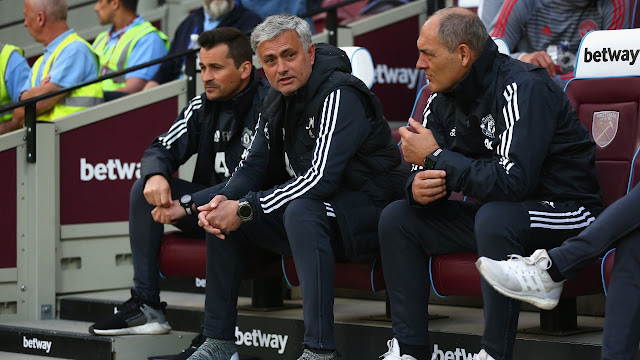 Manchester United Boss Jose Mourinho has made clear, he will not be naming an assistant coach after his right-hand man Rui Faria leaves at the end of the season, due to huge speculations of him becoming the next to take Arsene Wenger’s position at Emirates Stadium.

“[There will be] no number two,” the boss said. “Moving forward, I will organise my coaching staff in a way where the assistant manager figure doesn’t exist.

“I’m going to have coaches, assistant coaches, fitness coaches and a structure where we have specialists in different areas, connected to the performance by analysts. I’m not going to have an assistant manager in the sense of the word.”

Mourinho has also stated,  it will only be vacant, till the retiring Michael Carrick is set and fit for the position as his sidekick. Particularly because,  he doesn’t believe anyone else could fit the shoes Rui Farai wore for 17 years .

“The particular reason is that I think it will be Michael Carrick in the future, when he has his badges and his pro licence, when he makes the bridge from a player to an assistant,”  he explained.

“People think it’s just like ‘one day I am a player, the next day I am a coach’ and it’s not like that. The brain can be ready for that but then you need the practice, the decision-making, the control, the leadership, the work in groups.”

“I don’t think it makes sense when Rui is leaving after 17 years. I have nobody in the world of football to be my assistant manager – nobody,”.

“So I prefer to educate people, to structure my staff in a way where there is space for their education, for their improvement, and I think naturally, when Michael has the coaching and pro licence badges, normally, with the personality he has, with the friendship, with our honesty, I think it will be for him.

“Of course I have to make the decisions but my assistants have an opinion and he has. Obviously, he will have a different opinion to those you can get from any other scout, or any analysis department.

“I can call Sir Alex [Ferguson] the intelligent one to buy him and I can call him the happy one to have him for so many years of his career as a phenomenal player.

“I’m not so sad because it’s just the end of his career as a player, but he stays with us and I’m always more connected to the person than the player; people are more important to me than players, so I’m going to have him stay with us, and because of that I’m not so sad.”