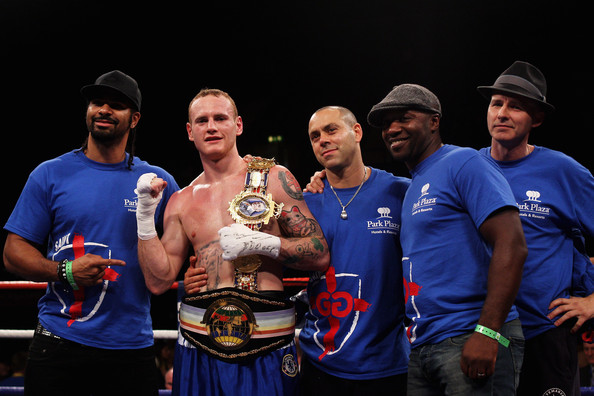 WBA super middleweight champion George Groves has expressed his concern for The former cruiserweight and and heavyweight champion David Haye, who lost via fifth round Knock Out to Tony Bellew at the O2 Arena in London.

The 37 year old was dropped three times, before being stopped in the fifth round in his rematch with Bellew, who was fighting for the second time as Heavyweight on Saturday.

In the first fight, Haye was knocked out due to an Achilles Injury, he acquired during the fight, which instigated a need for the rematch .

George Groves, who was Ones promoted by Haye’s promotional company believes that, it is better for the Hayemaker to retire and never fight again

“When I first joined this rat race it was under The Hayemaker banner. David was 28 years old. Our trainer would tell me of their ‘smash and grab’ mindset for the sport, with each boxing decision weighed up for it’s dollar to brain cell ratio and an exit strategy for him at 30 years of age. I thought that’s a great idea… Henry Ford said “The air is full of good ideas” but some ideas are just full of hot air,” Groves stated.

“David was kind and generous to me when I turned pro. I learnt a lot from him in the early part of my career. I won’t forget that. I hope he finds his new calling, I hope he’s happy, I hope he never decides to fight again.”