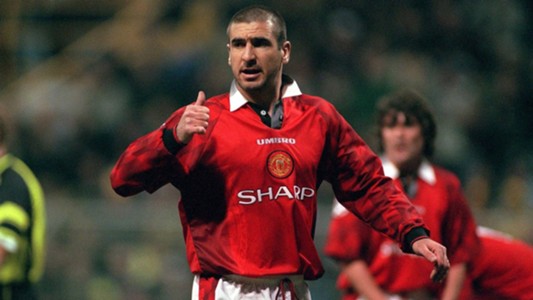 Manchester United legend Eric Cantona , who played for the Red Devils between 1992 to 1997, will be making a return to the theater of dreams to take part in the part in Soccer Aid for UNICEF on June 10.

The five time Premier League winner will be among the stars in the Soccer Aid World XI alongside sprinter Usain Bolt, who had a trial at Borussia Dortmund in March, Robert Pires, Clarence Seedorf, Patrick Kluivert and Yaya Toure.

“There is no place like home,” said Cantona, who played for Manchester United from 1992 to 1997. “Knowing I am coming back to Old Trafford is a special feeling and I am looking forward to seeing the stands full of familiar faces.

“My message is this: Soccer Aid for UNICEF is a game like no other because of the support you give it. I am coming back to make the June 10 match the best ever and I want you to join me.”