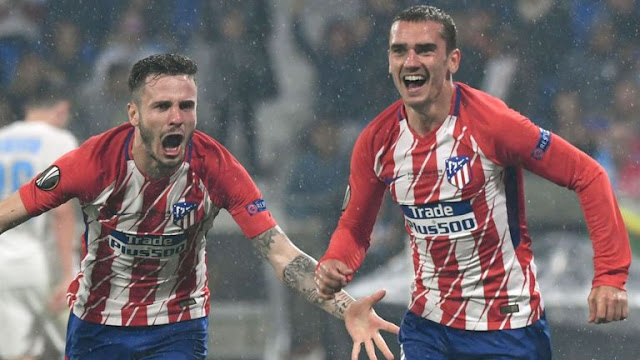 Atletico Madrid produced a classic performance against Marseille to lift the Europa League trophy in style. Griezmann finding the net twice, one in each half and Gabi’s late Goal to crowning a totally dominant performance .

While the French side tried a quick reply to the early deficit, it was painful they had lost a very early chance  Set up by Dimitri Payet and to add to their sores, he was taken off towards the end of the first half, due to a hamstring injury.

Overall , the young French side had less penetrating power in the final third trouble the well organised Atletico.

The French side, lacked oneness in every aspect of the second, losing the ball almost every time they gained possession and paid for it early, as Griezmann capitalized on their less organized Defence for a great finish just three minutes into the second.

Late in the 70’s, Marseille looked to be getting some progress in the third and had almost reduced the goal deficit, only to get further punished by Gabi late in the 80′ .