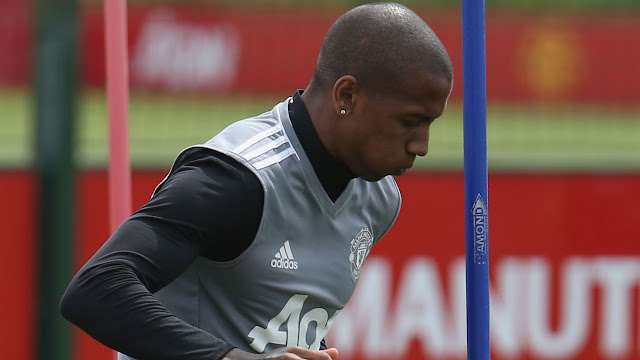 Manchester United forward, now defender Ashley Young has expressed his interest in starting for United In the FA Cup Final and making it to the world Cup with the England National Team.

Young believes that, United could still make something out of the season, despite losing ending the season 19 points behind league winners and Record breaking Manchester City, if United defeat Chelsea in the FA Cup Final.

“It’s been a massive boost for me, playing week in and week out,” he told MUTV . “I’m playing in a new position and feel like I can adapt. I’ve got a good footballing brain. I know where to be on the pitch and when to attack and when to defend.

“I’ve enjoyed the season and it’s gone even better than I had thought as I’ve got myself back in the England squad. Fingers crossed for when the squad is announced, hopefully that would be an achievement in itself.

“If we win at the weekend, and finishing second, it will be a very good campaign but, if you ask all the players and staff, winning the league is where we need to be at. I think that’s the disappointment but, overall, I think it’s been a good season and, if we win the FA Cup, it’s been a very good season.

“Of course there’s excitement [for the final]. There is not anyone who is not excited. We’ve been there before and must prepare this week in the right way, which we will do. Everybody is wanting to be starting, wanting to play, and I’m no different.

“I want to play in the FA Cup final and obviously want success. There is no better feeling than when you win the FA Cup and walk up those stairs to pick up that trophy. Hopefully, we can do that.”