Arsene Wenger : I Might Cry, If I Look Back 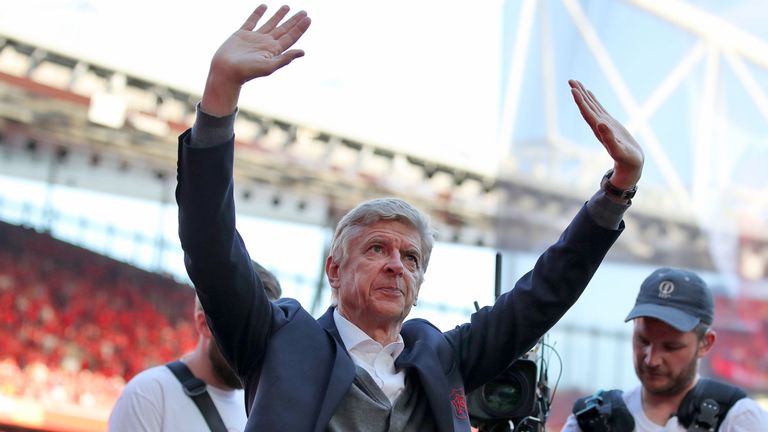 Arsenal Boss Arsene Wenger, who will take his boys out for the last time against Huddersfield on Sunday will be trying to hold himself together, as he draws the Curtain on his 22 years reign over the Gunners.

Arsene Wenger Joined Arsenal back in 1996 and now remains the longest serving boss in the Premier League. He will be taking charge of his 1235th game as Arsenal Boss and he admitted, he might shed tears when the final whistle his heard at the John Smith’s Stadium.

“If I look back, I would cry, but I will try not to. I will fight against it, but I was very emotional last week and I survived.
“I am a normal human being and I had the privilege to work for 22 years for this club and that is not common.

“So rather than feeling sorry for myself, I should be more grateful for what life has given to me and the privilege I had to do the job I love absolutely passionately for so many years.

“So I should laugh and say thank you very much.

The 68 year old also admitted, he had gotten used to the emotional attributes of winning, losing a game, Criticism and Praises, that it seems so difficult to move on.

“I will feel sad, of course, because Arsenal was my life and I never envisaged anything else in my life,” said Wenger.
“Becoming red and white and suffer for every defeat that we had and I will feel very, very, very sad.

“But it is a problem I will have to face and get over it and deal with it as well as I can. And I have to give myself a little bit of time to reflect in myself and where do I want to go from there?”