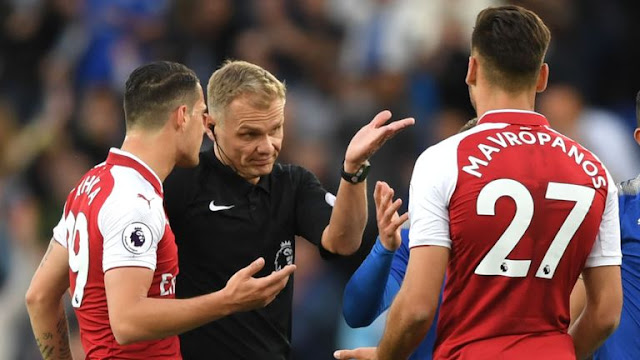 Arsenal FC has been fined £20,000 for not controlling tbeir players during their game against Leicester on May 9th.

The fine comes as a result of the reaction by Arsenal players after the Referee Graham Scott awarded the Foxes a late penalty, which eventually was sent into the net by Jamie Vardy to seal their 3-1 win over Arsenal .

“Arsenal have been fined £20,000 after failing to ensure their players conducted themselves in an orderly fashion during the 75th minute against Leicester City on 9 May 2018,” read an FA statement.

“Arsenal admitted the charge but did not accept the standard penalty. An independent regulatory commission subsequently ruled that the circumstances were not truly exceptional and the fine was applied.”