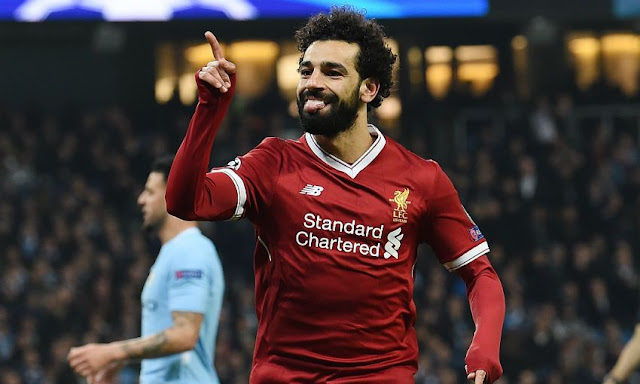 Mohamed Salah has only Praises for his colleagues, who fought back together with him after losing the first half of the game their quarter final Clash with Manchester City at Ethiad to win, booking their place in the Champions League Semi finals.
Liverpool saw their 3 goal lead in the first few minutes of the champions League Quarter Final second leg with Manchester City at Ethiad got reduced two by Gabriel Jesus but the Reds came from behind to win the game 2-1 thanks to Goals from Salah then Roberto Firmino for a 5-1 aggregate win.

“I think the [his] goal was at a good time for us because they were pressing very high and had many chances, so in the beginning we struggled a little bit because they scored in the first two minutes.

“After that we came back, we played hard and we got the result – that’s the most important thing.”

The Egyptian started the game in his familiar position but during the game, he was shifted deep, which also helped in him getting the 39th goal of the season.

“I’ve changed my position many times, but in the end we play as a team. We play as 11 players and everyone gives 100 per cent, so we are happy about the result.

“I’ve said many times that I play for the team and I try to score each game to try to help the team to win the games. That’s the most important thing for me.”