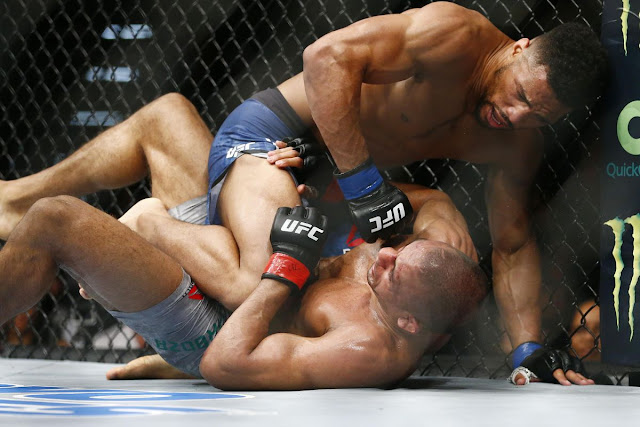 Kevin Lee got over the disappointment  of missing weight to deliver a performance worth of challenging for the UFC lightweight title and taking his winning streak to 6/7.

Lee (17-3, 9 KOs) missed weight by a pound, which was only achievable after one hour delay after the first weigh in. He had already lost a fight due to weight cut, issues and dehydration, which was his UFC 216 loss to Tony Ferguson and will need to fix his weight cut issues, as a way forward in his MMA career.

Despite the disappointmentd  Lee showed class in the Octagon, dominating Barboza with some good wrestling and striking but was also able to show, he could withstand some goog hits in the third.

The fight was called off by the ring side doctor at 2:15 in the fifth after Barboza received a bad cut.

[…] Lee has been able to pick up some good victories against top fighters in the UFC. This includes Mich… and then knocked out the then undefeated Gregor Gillespie. However, He has had trouble fighting Brazilian jiu-jitsu specialists especially those that are presently in their prime. […]