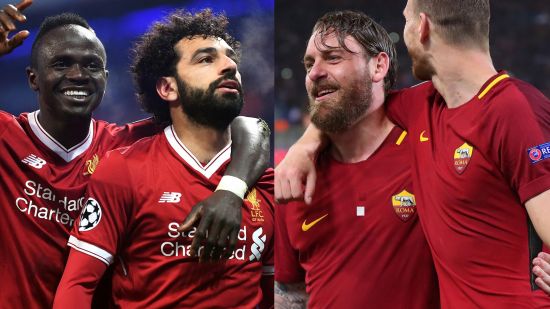 Liverpool FC draw Roma, in the UEFA Champions League Semi Final Draw on Friday and both will square off for a a place in the UEFA Champions League final while German Champions Bayern Munich will try defeating Real Madrid.
The First Leg of the Semi finals will be played on the 24th and 25th of April and the second leg will be played on the 1st and 2nd of May.
Liverpool trashed out Manchester City in the Quarter Finals with a 5-1 aggregate win while Roma did the incredible comeback against FC Barcelona, clearing out a three goal deficit in the quarter finals to book a place in the semi’s.
Real Madrid on the other hand, had Cristiano Ronaldo to thank for stealing the show in the first Leg and replying with a goal from spot after their three goal lead against Juventus was overturned.
Real Madrid are now in the Champions League Semi Final for the eight consecutive time and will be hoping to make the Champions League Trophy theirs three times in  a row.
Champions League semi-final draw
⚽ Bayern Munich v Real Madrid
⚽ Liverpool v Roma