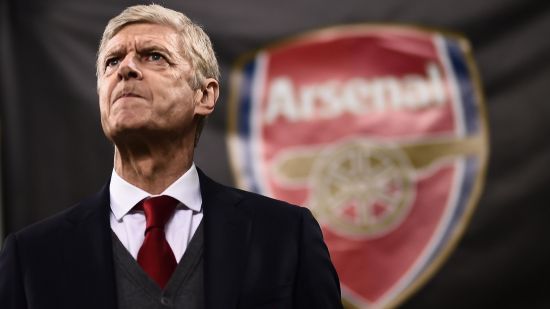 Arsene Wenger is leaving at the End of the season will be some Awesome News right now, after a 22-year reign should be remembered in fond terms, having led Arsenal to three of their 13 top-flight titles, an unbeaten league season in 2003/4 and seven FA Cup successes.
Well, the Tributes are already flooding in from many, especially Fans, Pundits and those who have actually felt the pressure of playing against a great coach, especially one as good as Arsene Wenger whose style of football was something many teams in the Premier League for years Felt hard to put up with and had even taken his team a full season without defeat.
That is for those who feel genuine love for one of the Living Greats of English Football. How about those, who for one reason or the other are happy a manager, they have recently lost all genuine respect for, will be leaving the club, so the board  could get someone else with the probability of doing a better JOB into the position.

The Arsenal Boss ones cleared the air, claiming the Fans, have no Personal Anger towards him but we know this, that judging from what we have seen in the last two seasons, that many you see sending Tributes are Hypocrites and Cowards, who are scared to tell the Arsenal Boss to his face that, they lost all respects for him long time ago.
Do you doubt this?. Think, all clubs have their Ups and Downs and many have protested Manager Reigns but none have been too prominent and glaring as the movement “Wenger Out“. If you still have love for a person or respect for a persons work, you will understand that things go bad at times.
The respect was totally gonna before the start of the season, which brings in the fluctuations in the minds of the Fans, who sing “Wenger In”, when things are good and “Wenger out” when things are bad. Look at Manchester United, Since the departure of the Great Sir Alex Ferguson, United have had bad seasons and at times worst seasons but the fans never singled out the manager to disgrace.

In a statement to the club’s website, he said:

“After careful consideration and following discussions with the club, I feel it is the right time for me to step down at the end of the season.
“I am grateful for having had the privilege to serve the club for so many memorable years.
“I managed the club with full commitment and integrity.
“I want to thank the staff, the players, the Directors and the fans who make this club so special.
“I urge our fans to stand behind the team to finish on a high.
“To all the Arsenal lovers take care of the values of the club.
“My love and support forever.”

Arsene Wenger isn’t tired of the Job, after all he agreed a two year deal two seasons ago, He is only saving himself from more disgrace from disrespectful Fans, who have no Loyalty and respect for the Work he has done for the Club, So save your Tributes, Hypocrites – The Big Boss Doesn’t Need Them. Thank You