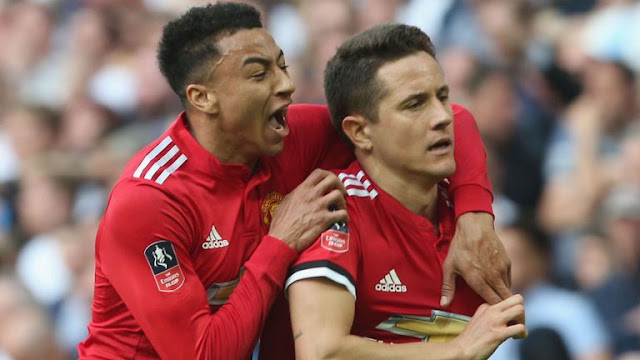 Manchester United defeated Tottenham Hotspur to make their way into the final, thanks to Alexis Sanchez’s equalizer and Ander Herrera’s winning goal.
Manchester United fell behind when a defensive error from a pass to Christian Eriksen was played in behind the advanced Ashley Young and crossed to set up Alli for the simplest of tapings but United got themselves settled and got back in the game with a wonderful Pogba-Sanchez combination.
Early on in the second, the Spurs applied some pressure, then fell back as they failed to beat down the determined United and got sunk too deep to reply Ander Herrera’s 62nd minute winner killiki all hopes of a a trophy this season.
Manchester United has been criticized a lot this season due to the 16 point gap between them at second and League winners Manchester City but recent performances against top six opponents has shown the Red Devils are almost back to the days.
Jose Mourinho

“The players deserved to win. When you deserve [to win], especially against teams like Spurs, it’s even more important. Both teams started very strong, very aggressive. They were better than us, they scored and there was a period when we lost control in midfield. But the second half was quite calm because we had the feeling it would be very difficult to lose the game and most probably we would win it.”

“I have no regrets. We competed and dominated in the first half. It was unfair to go in 1-1 at half-time. But in the second half they scored the game was competitive. When you compete against teams like Manchester United it’s always 50-50, and today the victory was for them.”