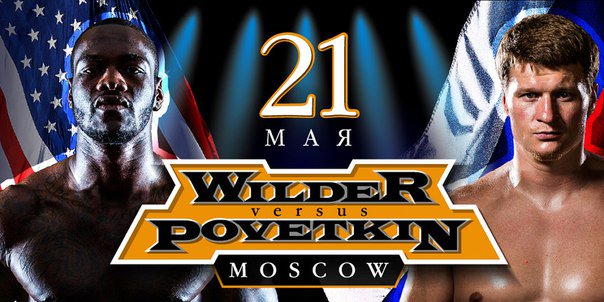 Its sounds funny but According to information provided by the team behind the Russian heavyweight Alexander Povetkin, they have won $4.3 million in a case against WBC Champion Deontay Wilder due to a canceled fight back in 2016.
News coming from representatives of Forward Legal, working for Povetkin and his promoter’s company, World of Boxing claims a court in New York has awarded the Povetkin team a sum of 4.3 million dollars which was frozen in an escrow account after the canceled bout in May 2016.

“The decision of the District Court of New York can certainly be considered a victory,” reads a statement from the legal company obtained by R-Sport. The company added, however, that “the dispute is still continuing.”

“The decision can be appealed within 30 days, but Povetkin’s lawyers have already demanded the escrow agent to return the money. Povetkin’s team will carefully study the 48-page decision to think about further steps. Including legal actions. Because the sides still have to fight for multi-million reputational requirements,”.

This news was further confirmed by the CEO of World of Boxing Andrei Ryabinksy, on Friday, on his Twitter Account

“A few hours ago we won the court case in New York against (Deontay) Wilder’s team,” Ryabinksy said in Russian on his Twitter.

“I said it once, and I will say it again, anyone that wants to offend or insult my guys, will have to pay for it.”

Deontay Wilder had a scheduled title fight with Povetkin back in 2016, but the fight go canceled due to a Povetkin failed drug test, days before the Bout. This prompted the American to throw accusations at the Russian and demanded a compensation to the tune of $5 million. Ryabinsky and Mir Boksa, in response, asked for $34.5 million in damages to their boxer’s honor and dignity.