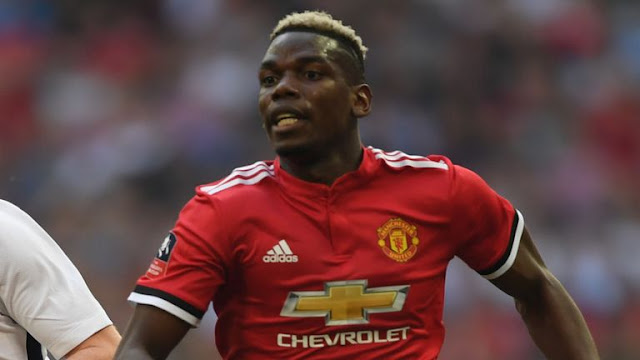 Manchester United Midfielder Paul Pogba has maintained he is in good relationship with the United Boss Jose Mourinho and has called off all speculations linking him away from the Club in the summer.
The French Midfielder has also returned to full form after some bad performances, creating a man of the match display in the 2-3 win over Manchester City and also against Tottenham in the FA Cup Semi Final.
Concerning Speculations on a transfer in the summer

“Mourinho has made me captain. He gave me the keys, the responsibilities at a great club like Manchester United. Pogba said.

“For the time being, I am at Manchester United and I am only thinking about the present. We are in the FA Cup final; I have a World Cup to come.

“Transfers, all that sort of thing, are not on my mind.”

“He is the coach, he makes the decisions,” Pogba, 25, told French TV channel Canal+. “Me, I am a player. I accept it and I have to respond on the pitch.”

“No. It all depends on the coach – there are some who like to talk to the players.
“Mourinho, when he makes a choice, you have to accept it.”