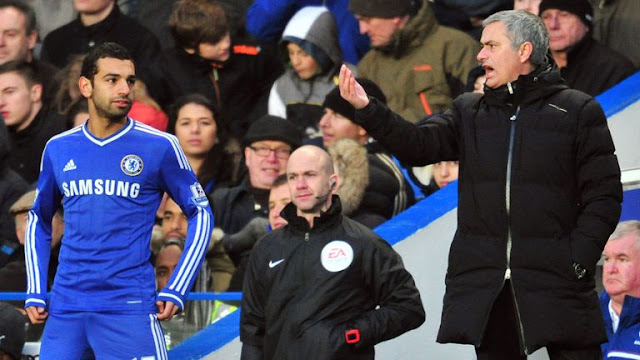 Manchester United Boss Jose Mourinho has denied being the one, who sold the now PFA Player of the Year Mohamed Salah, during his spell as Chelsea Boss.
Chelsea purchased the Egyptian from Basel during his reign over Chelsea but he was later loaned out to Fiorentina and later to Roma, which after his loan was completed signed permanently.
Salah’s first spell in English football wasn’t as glamorous as it is now. He found first team opportunities had to get but in his now second spell at Liverpool, he has been exceptionally good rising meteoric and his return to English shores with Liverpool this season has produced 43 goals so far, with more games to play.

“People say that I was the one that sold Salah and it is the opposite. I bought Salah,” Mourinho told ESPN Brazil .

Salah is now highly recognized, and might be in line for the Ballon D’or and FIFA World Best Player Of The Year but the Portuguese believes that he wasn’t really ready in his time at Chelsea and his sale wasn’t a mistake

“Chelsea decided to sell him, OK? And when they say that I was the one that sold him it is a lie. I bought him. I agreed to send him on loan, I thought it was necessary,” said Mourinho.

“In football we make mistakes a lot of times. So many times some players develop in ways we were not expecting, some others don’t reach another level like we thought they would, so I don’t even think this is a mistake, it is just part of the job.”