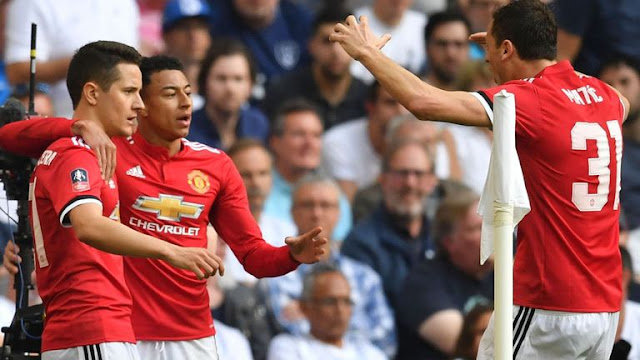 Manchester United have reached their 29th major domestic cup final (20 FA Cup, 9 League Cup), more than any other side in English football.

United have reached the FA Cup final in two of the last three seasons, having failed to reach the showpiece in eight consecutive seasons previously.

Tottenham haven’t lost a single Premier League game in which they’ve led this season, but have now been eliminated from their three other competitions this season in games in which they took the lead (2-3 vs West Ham in the League Cup, 1-2 vs Juventus in the Champions League).

Alexis Sanchez has scored eight goals in his eight appearances at Wembley for club and country, including six goals in five FA Cup matches.

Ander Herrera has scored in each of his last two FA Cup games, as many as he had in his previous 15 in the competition.