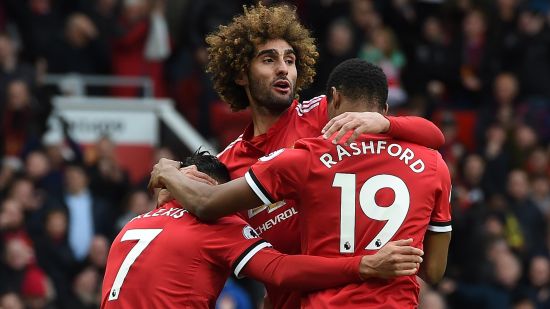 The average age of Arsenal’s starting XI (24y 67d) was their youngest for a Premier League game since August 2011, which was also at Old Trafford against Manchester United (24y 65d) when they lost 8-2.

Pogba has been directly involved in four goals in his last four Premier League games (3 goals, 1 assist); as many as in his previous 12 games in the competition.

United claimed their first league double over Arsenal since 2011-12 and have not lost to the Gunners at home in 11 league outings.

Arsenal remain the only team in the top four divisions in England to have suffered defeat in a all of their away fixtures in the league in 2018.

Arsenal lost six successive top-flight away matches for the first time since a run of seven in a row from October 1965 to January 1966.

The Gunners have now reached double figures for away league defeats in a 38-game season for the first time since 1989-90.

Henrikh Mkhitaryan is the first player to score for and against Manchester United in the same Premier League season.