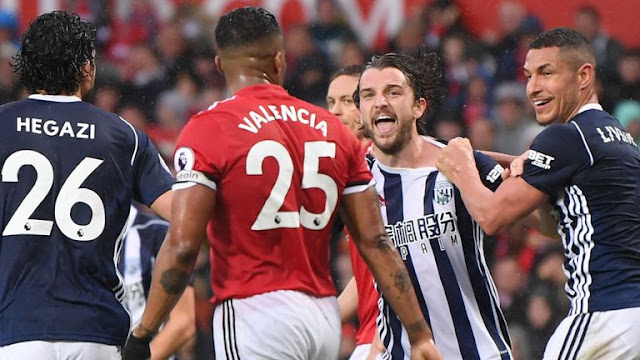 West Bromwich Albion have lost just one of their last five Premier League visits to Old Trafford (W3 D1 L1), with their only loss in this run coming in November 2015 (0-2).

This was just the second time in Premier League history that Manchester United have lost at Old Trafford to a side starting that day as the bottom of the league club – the other game was a 2-3 defeat to Blackburn Rovers in December 2011.

Jay Rodriguez has scored as many goals in his last four Premier League appearances (3) as he did in his previous 26 combined.

Rodriguez’s seven goals have won WBA six points this season in the Premier League and have been worth more to his side than goals from Gabriel Jesus (10 goals – 2 points), Roberto Firmino (15 goals – 4 points), Alexandre Lacazette (11 goals – 4 points), Alvaro Morata (11 goals, 4 points) and Jamie Vardy (17 goals – 5 points) to name but a few.