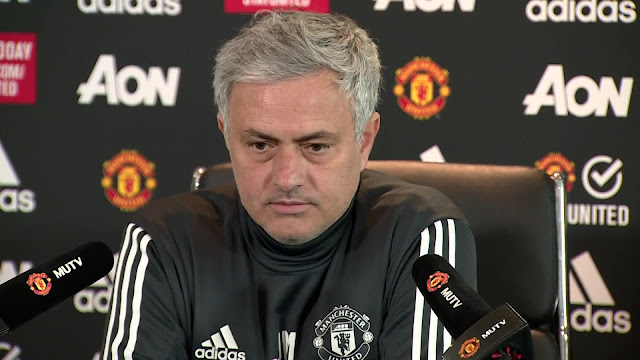 Jose Mourinho : No Hiding From City

“My motivation is to finish second,” said Mourinho. “I still have the motivation of finishing top four, mathematically it’s not done.
“It’s a good distance [between United and fifth-placed Chelsea] but not done mathematically, so that’s the first objective, but after that I don’t hide.

I’m not a pundit, I’m not going to comment on the game.

“Are we? That’s your opinion,” Mourinho shrugged when it was suggested that because United ‘got in ahead of City’ to buy Sanchez it showed they could compete. “It’s your opinion.
“Did they spend money in January? Did they? Do you know that? Can you confirm that? I don’t know, I have no idea if they were interested [in Sanchez] or not, I’ve no idea.”

Jose Mourinho Not Praising City At All

“Everybody is coming back but Sergio [Romero] is injured.”