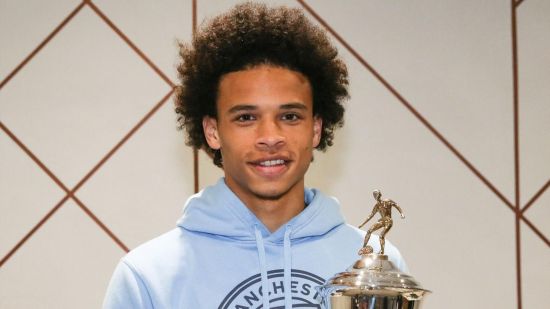 Manchester City Winger Leroy Sane has been named the PFA Young Player Of The Year beating Harry Kane and team-mate Raheem Sterling to the award.
The 22 year old has been a key part in Manchester City attack alongside Sterling, Kevin De Bruyne and Sergio Aguero, contributing his bit to their first Premier League Trophy under Pep Guardiola.
He has scored nine times in the league and registered 12 assists in the English Premier League and has also become an important part of the German National Team.

Other Award Winners Include

“The PFA have helped me so much, I wouldn’t be where I am on my coaching journey if it wasn’t for them.” Stoney said.