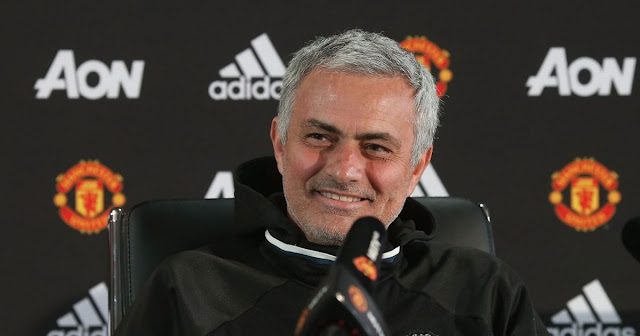 Manchester United Boss Jose Mourinho will love his boys to hold firm their second place on the Premier League table.

Manchester United are on six straight wins, coming from a win against league leaders Manchester City and here are a few thing, the Portuguese had to say before the clash.

Jose Mourinho On Getting More Attackers

“I am surprised the quality, the experience of many of the players, the squad, the stability of the past years, is a surprise for me they find themselves in this position. ‘‘

“I think a big challenge because they know that in football anything is possible until mathematically, everybody knows that, they know and they still smell a chance but every match that is played if they don’t get points then they are closer to relegation.”

Mourinho On Martial And Rashford

“Is the same answer. Only 11 can start. The same questions you are doing to me, you should do to every other manager because everyone has players in the same situation.”

“If I was you I would go in another direction, he is the player with more appearances since I arrived at the club.”

“In every club, at every level, you need more than 11 players but only 11 can start. It’s simple. There is nothing I can do about that.”

Jose Mourinho On Being Complacent

“I am not complacent, because I have been working really hard, trying to build motivational sessions with new exercises, with things that could motivate the players.’ve tried to raise the levels of training.”