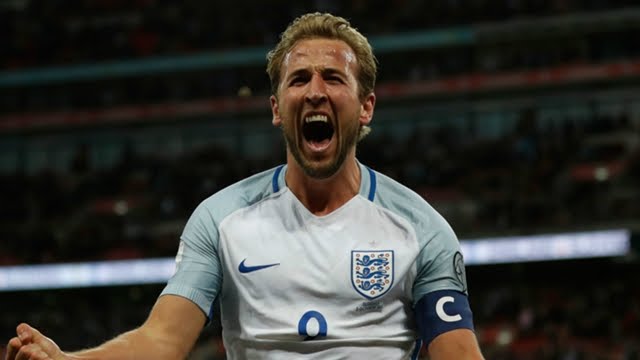 Tottenham forward Harry Kane was able to feature in the 3-1 win over Chelsea at Stanford Bridge on Sunday after missing one Premier League game, International games due to an Ankle injury but maintained he was only able to pick the positives of his been Sidelined.
The Englishman had the same ankle injury back in March last year and missed three games before returning to full time Premier League action but this time due to the international break and FA Cup games he was able to return after missing a Premier league game.

“Whenever something bad happens in football or life, you have to find the positives,” Kane said. “For me, it was a chance to get a couple of weeks’ break, refresh the other muscles, and get ready for the business end of the season. That’s how I looked at it.

“It could be [that it helps me again]. The injury was pretty much exactly the same time as last year, funnily enough. I was feeling strong [after the injury] last year and that’s what I’ll try [to] do this year.

“Whenever I get injured I prepare right and make sure I do everything I can to get the swelling down and get back on the pitch. I do the right things off the pitch, and I think that’s a big help.

“I didn’t know how quickly I would be back but I went away with one of the physios, did some rehab, and I knew last week it was looking good and I would be able to step it up. Thankfully, I was ready for the game.”

Concerning the win at Stanford Bridge, which the club has failed to achieve for 28 years, he was very happy for that though he couldn’t get his name on the score sheet.

“It’s a massive win,” he said. “We haven’t won here in a while and I’ve been a part of that, so it was nice to change that history. It was a really exciting game.

“We played well, especially in the second half, and it’s an amazing feeling. It’s great for the fans to come away from this stadium with a win.”

The win against Chelsea placed the Spurs on favorable grounds as they chase for a top for finish, standing eight points above Chelsea in fifth place. The forward maintains, its difficult but necessary to be in the Champions League every year.

“The top six now are so good, and when you’re away from home you’ve got to find big results,” Kane said. “This was a big game, because if they win they get right back into the top-four hunt. But we stayed strong, and we deserved the win. Now we’re in a comfortable position, we’ve got to go on and finish well.

“It’s important we maintain [Champions League involvement]. We don’t just want to be a team that gets there for one or two years and then falls off.

“We deserve to be there. We showed this year in the Champions League that we can compete with the best. Obviously, it was disappointing to go out [against Juventus], but we had some great results, so we want to be there again next year and do the same.”