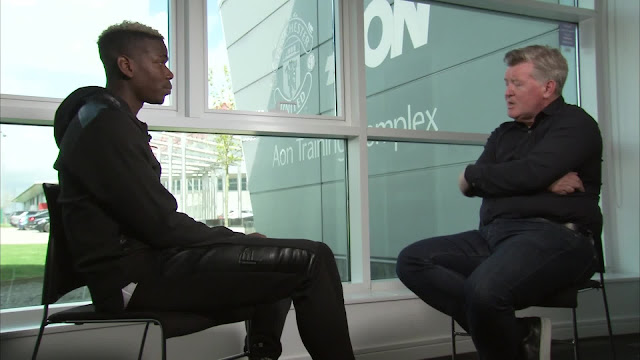 Manchester United midfielder Paul Pogba feels,  he is unfairly judged by his critics, as compared to other midfielders in the World.

His form improved against Manchester City and Bournemouth in the Premier League and Tottenham in the FA Cup semi-final at Wembley but before then he was highly criticised.

The 25 year old maintained, he was judged by Goals and Assists, instead of his performances in the midfimid, which according to him is unfair.

“It’s quite funny because we don’t judge me on the midfield part,” he told Sky Sports. “We judge me on assists and goals and that’s the truth.

“I can make an outstanding game, but if I don’t score or make an assist they will say, ‘that is normal’, or whatever.
“But if someone else does it, it is different. They will maybe be man of the match.”

“I think I’m judged differently, but it’s good,” he added. “It makes me improve as well, it is a challenge for me and I take it in a good way.

“I don’t take it in a bad way. I’ll try to score and make assists and that’s it. I still want to do my job in midfield.

“If I can help the team in attack and defence and make a difference I will do it. If I can score and assist it is even better.”