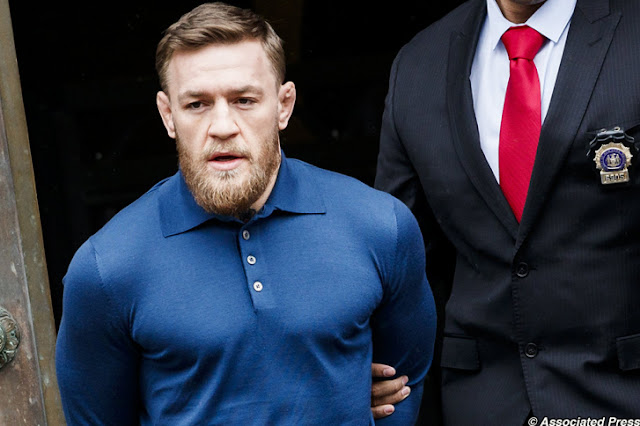 Conor McGregor was seen this morning, walked out by LYPD at the Brooklyn precinct this morning looking worried, after the charges got labeled against him for actions carried out by him and his teammates at the Barclays Center.
The 29 year old was lead out on Cuffs looking calm but wasn’t so calm earlier in the week when he went wild with his teammates attacking a Bus containing UFC fighters with footage showing him hurling a dolly, metal guardrail and other items at a bus following a UFC 223 press conference hyping Saturday’s bout between Khabib Nurmagomedov and Max Holloway. 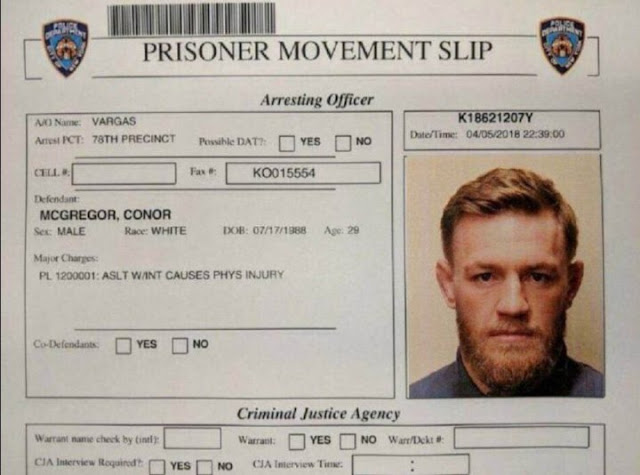 Max Holloway was during the Weigh in reported medically unfit for the Bout, Chiesa suffered cuts to his face and Borg had multiple corneal abrasions, according to the UFC, which has now seen their bouts striped from the fight card.

The UFC had earlier this week said the promotion will strip the Irishman of his lightweight title ones the lightweight title fight scheduled to headline the UFC223 kicks off, which with an alteration between Nurmagomedov and his crew cornered Lobov at the Hotel on Wednesday,w reasons for the Conor McGregor wild scene at the UFC event.